Need to know - Difference between P Trap and S Trap

When you're renovating your bathroom there is a lot you learn along the way.  However, some people learn the hard way when it comes to their toilet suite.  The main thing to look out for is whether you have a P Trap or an S Trap setup in your home.

We have detailed a summary below which helps you understand the difference between the two.

Key Difference: The P Trap and S Trap and two different types of traps used in plumbing. The traps are types of pipes that use water to stop the escape of sewer gases. The S bend trap has the shape of an S, while the U bend has a U shape, and the P bend is shaped like a P. 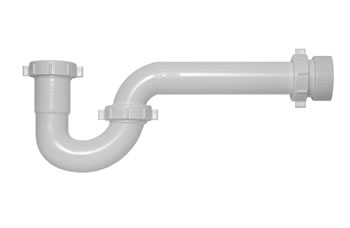 The P Trap and S Trap and two different types of traps used in plumbing. The traps are types of pipes that use water to stop the escape of sewer gases. A standard pipe connects the drainage to the sewer, however, there is nothing stopping the sewer gases from flowing back up the pipe, leading to bad smelling gases. In fact, this was one of biggest problems when indoor plumbing started off.

To counteract this, the trap was invented. In 1775, Alexander Cummings came up with the S-bend trap. This was circumvented by the U-bent trap designed by Thomas Crapper in 1880. Eventually, there came the P-bend trap, which added a 90 degree fitting on the outlet side of a U-bend. This P bend became even more popular than the other two, primarily because it was more efficient. They are named as such due to the shape of the bend in the pipe. For example, the S bend trap has the shape of an S, while the U bend has a U shape, and the P bend is shaped like a P.

How the trap works is that it the bend fills with water. As the opening is blocked by water, the gases from the drainage, or the sewage line, which are not only smelly, but can at times be quite harmful, are blocked from flowing back upstairs into the room. However, there are times when the trap may dry out resulting in the gases flowing freely. Usually this happens when the drain hasn’t been used in a while, or is faulty. In most cases, just letting the water flow into the drainage is enough to refill the trap. However, if it is faulty or damaged, then it is easy enough to replace the piping. 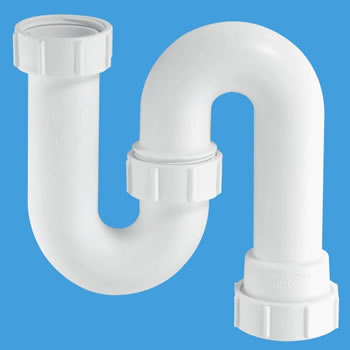 Another function of the sink traps is that they also tend to collect any small but heavy object that may accidently get dropped down the drain. The object gets stopped at the curve and is not allowed to flush down unless with extreme force. The curve also collects hair, sand, and other debris hence stopping them from passing into the rest of the plumbing, which may result in a blockage. Hence, these traps can often be easily detached for cleaning or retrieving the lost object, or may instead have an outlet which allows it to be drained.

However, P Traps are often preferred over S traps, as S traps have the tendency to easily dry out even when they are well-vented. Due to this, they cannot efficiently do their job of keeping the sewer gases at bay.

If there is anything else you'd like to know about the difference in traps.....or anything related to your bathroom renovation.....say hello through our contact form and we will answer your questions.

Added to your cart: